After 23 years of operation, LTC has announced that it will be opening its newest location in the heart of the downtown district of the nation’s capital in early 2017.

With multiple well-established clients in the area and a long history of government partnership, DC was a natural choice for LTC’s next location. DC has been ranked as one of the top meeting and conference destinations in the United States by CNBC. DC’s status as a culturally rich city, combined with its appeal for international travel and events, make it an optimal location for the one-stop language solutions provider.

“Next Stop…the Nation’s Capital,” said Martin George, LTC’s founder and CEO. “LTC has never been more excited about the opportunities ahead.  While we as a company have been highly successful, being in DC with a brick and mortar location raises the stakes for us as a company. We look forward to being a part of the fabric in DC.”

With the doors opened in early January, LTC has already hired a full-time business development manager and plans to continue to add to the local staff throughout the next year. The new location has designated space for language training classrooms, providing easy access for clients. In addition to the classrooms, essential interpreting equipment such as interpreting booths, receivers and transmitters used for events and conferences is stored onsite in the new location.

LTC will be hosting a grand opening for the public on February 22 from 4 p.m. – 7 p.m. The office, which is located at 1400 K St. NW, Suite 905, will be open for tours during this time, and demonstrations of LTC’s services will be provided. 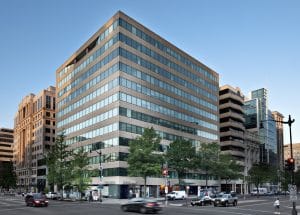 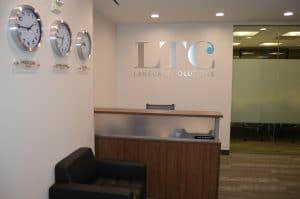 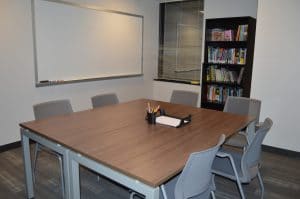